Benjamin leaps into action at Treefrog Cinegraphix as the new Project Coordinator.

Bonded by the love of Thai food and a passion for marketing, the Treefrog Team has welcomed Benjamin with open arms. Be on the lookout for more blogs and social media posts by Benjamin.

Benjamin started his marketing career working for PureNintendo.com. He helped lead that team into growing their own magazine, and focused on publishing their digital version through an app available for iOS and Android devices. His passion for video games helped him hone his skills in writing and social media. 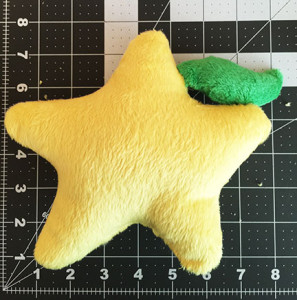 Currently, Benjamin is completing his Master’s degree in Internet Marketing at Full Sail University. Excited to graduate later this year, Benjamin spends a large portion of his nights and weekends doing homework.

When Benjamin finds some time to himself he enjoys sewing, photography, and going to Disney. He loves to combine his nerdy side with his new hobby of sewing by creating stuffed toys modeled after video game items. At Disney, his favorite ride is The Tower of Terror at the Hollywood Studios theme park.

All the Advertising Bits and Pieces

Cake. Who doesn't love a perfect cake? (If you happen to be one of the few people who actually don't like cake, please keep reading, this is just an analogy.) But, would you love a cake made without sugar? How about without eggs, or flour, or baking powder? No, you wouldn't. A deliciously scrumptious cake ...