Working with the Treefrog Team is like setting out on an expedition into the wild jungles of marketing and advertising. We pride ourselves on being highly skilled and knowledgeable guides that can help your company rise above the canopy of competition. Whether you own a business or you’re just starting out, look to us to map out a plan that gives you the experience and results you are seeking.

It’s a simple answer. Tree frogs live on land, in water, and high in the trees. Just as tree frogs traverse across boundaries, we at Treefrog Cinegraphix offer advertising and marketing skills reaching every facet of our industry. And Cinegraphix, well it’s just a hybrid word we came up with to represent our many skills and talents. 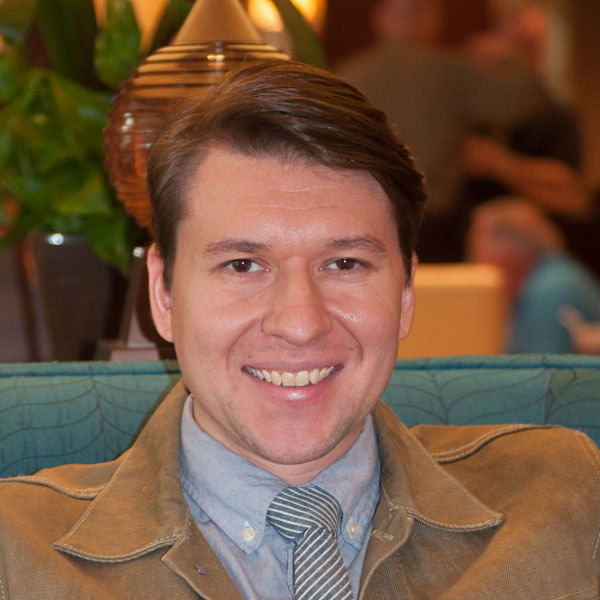 As a native Floridian, I grew up in Clearwater and moved to Orlando in 2001 to start at UCF. I graduated in 2005 with a BA in Liberal Studies and a triple minor in Business, Film, and German Language. I’ve had the opportunity to travel to many places around the world including Kenya, Egypt, Ukraine, Germany, Costa Rica, and many other countries. I’ve been chased by cops on camels, ridden horseback through a cloud forest, and hiked up to Hawaii’s Mauna Kea summit. (14,000 ft)

As a business owner of Treefrog Cinegraphix, a digital marketing company, I work with various companies across the nation. Working in the digital marketing industry, I find myself constantly keeping up with the latest advances in digital advertising and website development while running the day-to-day tasks for the business. By consistently researching and learning about new web technologies, I have the ability to assess a client’s needs and determine the best solution to optimize their ROI.

Outside of work, you’ll find me at the gym training for the next Savage Race or Tough Mudder or I may be out hiking, canoeing, or headed to the beach. I also enjoy discovering cozy hole-in-the-wall bars in Orlando or catching a SAK Comedy Lab show. Having recently become a new home owner, I also spend time fixing up my 1959 mid-century modern home and enjoy walking my rescue dog, Ulrick, around the neighborhood.

Want to talk nerdy? I belong to Ravenclaw house, team Jon Snow, and team Captain America. I’m fascinated by space, time travel, and natural anomalies and curiosities. When sinking into the couch, the TV is tuned to Rick and Morty, House of Cards, The Walking Dead, or Stranger Things. In the kitchen, I love whipping up recipes from America’s Test Kitchen or trying a new crockpot recipe from Pinterest. Learning about different wines is a pet project of mine and I hope to someday have the sophisticated palette of a master sommelier.

“Don't you wish we had one giant UV-coated business card so that we could dance on it?”
—Christian Knightly 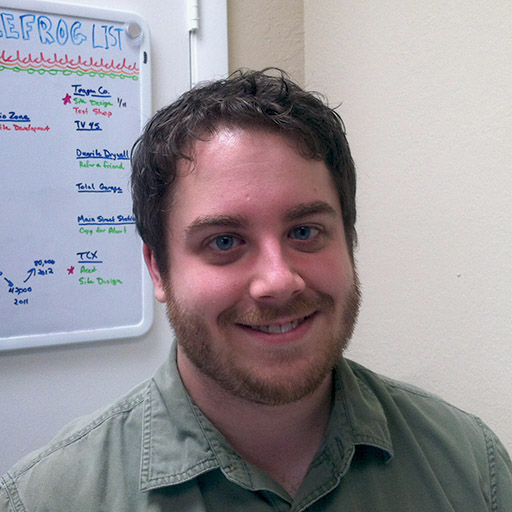 I've been a web developer almost as long as I can remember. My gifted teacher in the fourth grade had us build something like a web site, in a software called HyperCard. I still have the floppy disk. I'm not sure everyone else "got" my enthusiasm, but I was enamored with my creation and I set out immediately to make more.

As the years marched on, I became obsessed with all things digital. Still in my teens, I'd produced dozens of graphics and web sites. I'd dabbled in programming, music, video editing, animation, and game design. Every edgy teenage thought I could put down in pixels was somehow made more valid and real in doing so. I was mining infinite value out of the little beige PC in our living room, dipping my hands into a vast well of arcana that they just didn't teach in school.

Web design was (and still is) the intersection between Art and Design into which my talents most cleanly fit. I'm analytical, opinionated, and I will never argue a point that I haven't researched. Design lets me apply those traits, but the discipline's artistic side leaves room for my true passion: creative expression.

None of this is to say that my career defines me as a person, I'm just a huge nerd with a flowery writing style. That's another part of me: writing. So is animation, fixing up my house, and making jokes. Jokes are a bit art and design, too. I cook eggs like Gordon Ramsay, I play video games, and I'm bad at parties, if you have to know.

Would my life have turned out differently if I'd never had that fateful teacher all those years ago? My mind says "no", but my body? My body says “no”. I was born for this stuff. 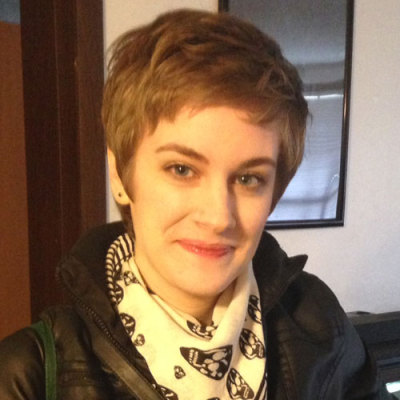 When I was a kid, I was always working on crafts. Whether I was writing, painting, learning to knit, or baking with my mom, I was always creating something, or learning something new. My favorite hobbies were the kinds that combined technical skill and art; I didn’t just want to make something functional, I wanted it to be beautiful too.

In college, after trying several majors, I discovered web development. To me, it is the perfect storm of form and function. The best web developers not only have a deep knowledge of code, they also have an eye for aesthetic. As a web developer, my goal is to create a more beautiful, responsive, and functional web.

Over the years, my hobbies have evolved. Baking became cooking, writing became more writing, and several years ago, I discovered costuming and cosplay. It’s fun, rewarding, and there’s always something new to learn. I make it a point with every project to tackle something I’ve never done before.

The same applies to my work life. The web development world is in a constant state of flux, with best practices updating frequently. I enjoy learning and applying these techniques, making each website better than the last. I take pride in considering all variables and use-case scenarios, and making sure my sites are responsive so they look beautiful at every size. I love taking a static design and bringing it to life as a fully-realized, fully-functional website.

When I’m not creating something at work or at home, you can usually find me curled up with a book, some tea, and a cat or two. 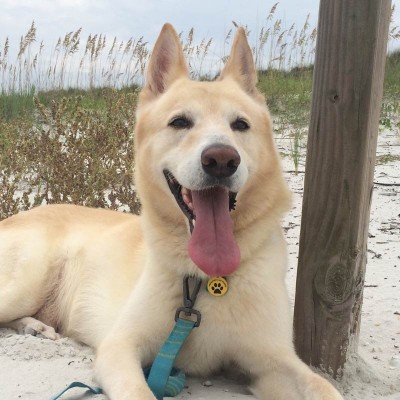 My role as the office dog began in 2015 when my human, Christian, found me at the Orange County Animal Shelter. I became very attached to this new human and his three friends, Ben, Dan and Susan. Soon I was allowed to join my human in the office place. Going to work is one of the best parts of my day. I love hanging my head out the car window as we drive up I-4 and meeting new humans is always fun.

I do wonder why the humans always sit in front of those odd boxes that glow all day, but, there are times they stop and scratch me behind the ears, or take me outside, or even better, feed me.