On Saturday night, Christine’s work was honored at the ADDY Awards. She won two silver awards for some of her student work. Everyone, bother her as much as you can by sending her congratulatory emails or phone calls if possible. 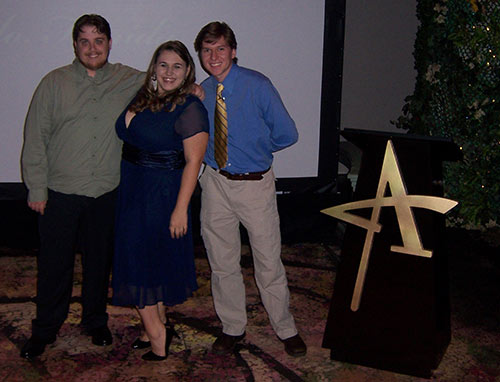 TCX at the Orlando ADDY Gala

Here’s to an even more rewarding and ADDY-recognized 2009.

We are excited to announce the launch of the new blog we designed for Heather Ahrens of HA! Photography. Over the last couple months we have worked closely with Heather to create a fun, cheerful, interactive environment where she will be able to showcase her amazing photography. Check out the blog here: www.heatherahrens.com/...